She shakes the children's hands with a wet glove and presses an ice cube in each unsuspecting palm, whereupon they shriek and scream and pile through the door into the living room to duck for apples, chase them on strings, eat popcorn and soul cakes, and drink cider. If there are many small children, plan the party for them and let the older children help give it. If there are more older children, it is best to plan the party for them. Sometimes it will work both ways, but more often than not, widely divergent age groups do not combine successfully for parties because the same games and entertainments do not appeal to both.

If you have both small fry and older children, you might plan with the mothers of the neighborhood to hold two parties one for little children at one house, one for older children at another. For very small children, ducking for apples, apples on strings, refreshments, the chance to make noise and antics in their costumes, can be nicely gathered up and rounded off by reading one or two stories.

If they have come in saint costumes, the outstanding game can be telling your saint's story after the others have guessed who you are. For older children or even adults, "A Trayful of Saints" is a good game. On a tray place a dozen or more objects that symbolize familiar saints. For example: key St. Peter; flower Little Flower; rose St. Rose of Lima; dog St. Dominic; bird St. Francis of Assisi; cross St. Helena; crown St. Elizabeth of Hungary; eagle St. John the Evangelist; shell St. James; Sacred Heart St. Margaret Mary Alacoque; kitchen utensil St.

Martha; half coat paper cut-out St. Martin of Tours. Go slowly from one guest to another, giving them time to memorize what is on the tray. Then pass out paper and pencils and have them list what they remember, and what saint they think they symbolize. Charades depicting outstanding events in the lives of the saints are always fun at such a party, and ghost stories are in order when the apple ducking is done and people are sitting around the fire. Here is one for the little ones who may not be quite ready for those of the grimmer sort.

This one is told by Granny Newland and it is true, about a Jack Doyle who lived with his grandmother in Antrim, which is where St. Kevin's well is with the two hollows in the stone from where he rested his elbows at prayer, and they were forever after filled with water. Many's the time she went as a child and tried to dry them out but the water was back in a wink. Anyway, Jack lived with his grandmother, who was always growling because he came in so late at night.

This night he was late again and hurrying home past the Blind Piers, where it was said there was always a ghost with blinking lights but that's another story. So he began to get nervous. He started to run and when he started to run he heard a noise right behind him. He ran faster and the faster he ran, the louder the noise behind him, until finally he reached his grandmother's house in such a sweat it was rolling off him in great drops, and he fell in the kitchen over the half-door.

His grandmother was sitting on a low stool in front of the fire saying her beads and she began to cross herself and call on all the saints and angels and the Blessed Mother of God to come to her protection. When Jack explained why he was in such a fit she gave a look and thought a thought, what do you think it was? Kenedy and Sons, : Mary Reed Newland was a wife, mother of seven, artist, social advocate, storyteller, gourmet cook, and biographer of saints. Contact Us. Tricks or treats old style Begging at the door grew from an ancient English custom of knocking at doors to beg for a "soul cake" in return for which the beggars promised to pray for the dead of the household.

The refrains sung at the door varied from "a soul cake, a soul cake, have mercy on all Christian souls for a soul cake," to the later: Soul, soul, an apple or two, If you haven't an apple, a pear will do, One for Peter, two for Paul, Three for the Man Who made us all. 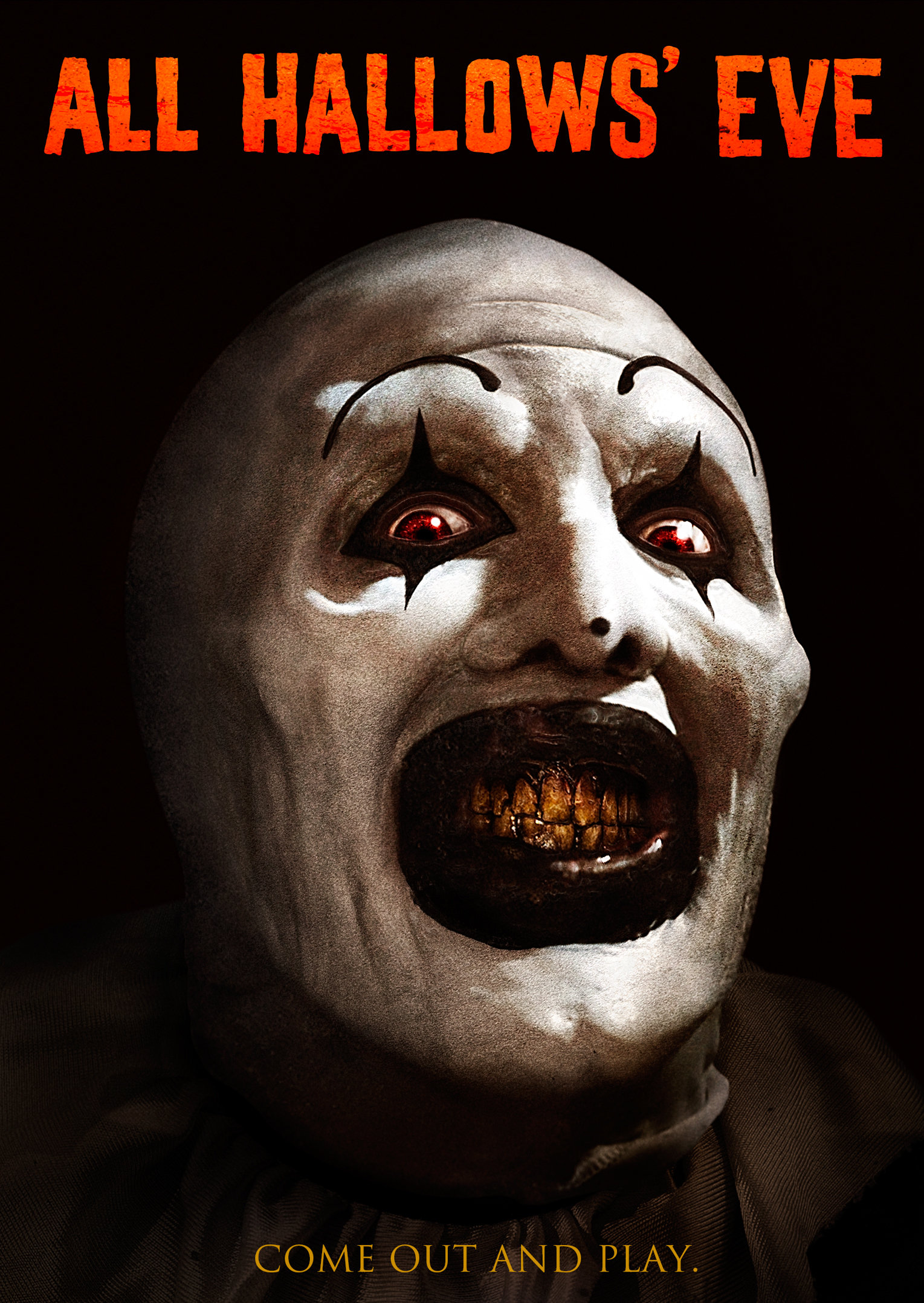 Prayers and party fun together Our family's Halloween parties are now planned around the custom of begging for soul cakes. But the pagan Celts also believed it was a time when the walls between our world and the next became thin and porous, allowing spirits to pass through. The practice of wearing spooky costumes may have its roots in that belief: dressing up as a ghost to scare off other ghosts seems to have been the idea. Churches attempt to take 'the dark side' out of Hallowe'en.

Hallowe'en: a history of All Hallows' Eve, from Samhain to trick-or-treat - Telegraph

How the internet is changing Halloween. Why has Hallowe'en eclipsed bonfire night? Originally, it seems to have come from an old Irish legend of a man called Stingy Jack, a miserly farmer who played a trick on the devil and as punishment was cursed to wander the earth, lighting his way with a candle inside a hollowed-out turnip. When the tradition moved to America pumpkins were used instead of turnips, as they were both more available and easier to carve.

This day marked the end of summer and the harvest and the beginning of the dark, cold winter, a time of year that was often associated with human death. Celts believed that on the night before the new year, the boundary between the worlds of the living and the dead became blurred. On the night of October 31 they celebrated Samhain, when it was believed that the ghosts of the dead returned to earth.

In addition to causing trouble and damaging crops, Celts thought that the presence of the otherworldly spirits made it easier for the Druids, or Celtic priests, to make predictions about the future. For a people entirely dependent on the volatile natural world, these prophecies were an important source of comfort during the long, dark winter. To commemorate the event, Druids built huge sacred bonfires, where the people gathered to burn crops and animals as sacrifices to the Celtic deities. When the celebration was over, they re-lit their hearth fires, which they had extinguished earlier that evening, from the sacred bonfire to help protect them during the coming winter.

By 43 A. In the course of the years that they ruled the Celtic lands, two festivals of Roman origin were combined with the traditional Celtic celebration of Samhain. The first was Feralia, a day in late October when the Romans traditionally commemorated the passing of the dead. The second was a day to honor Pomona, the Roman goddess of fruit and trees. The symbol of Pomona is the apple, and the incorporation of this celebration into Samhain probably explains the tradition of bobbing for apples that is practiced today on Halloween.

Pope Gregory III later expanded the festival to include all saints as well as all martyrs, and moved the observance from May 13 to November 1. By the 9th century, the influence of Christianity had spread into Celtic lands, where it gradually blended with and supplanted older Celtic rites. In A. The celebration of Halloween was extremely limited in colonial New England because of the rigid Protestant belief systems there.

Halloween was much more common in Maryland and the southern colonies. As the beliefs and customs of different European ethnic groups and the American Indians meshed, a distinctly American version of Halloween began to emerge. Colonial Halloween festivities also featured the telling of ghost stories and mischief-making of all kinds. By the middle of the 19th century, annual autumn festivities were common, but Halloween was not yet celebrated everywhere in the country. In the second half of the 19th century, America was flooded with new immigrants.

These new immigrants, especially the millions of Irish fleeing the Irish Potato Famine , helped to popularize the celebration of Halloween nationally. Young women believed that on Halloween they could divine the name or appearance of their future husband by doing tricks with yarn, apple parings or mirrors.

In the late s, there was a move in America to mold Halloween into a holiday more about community and neighborly get-togethers than about ghosts, pranks and witchcraft. At the turn of the century, Halloween parties for both children and adults became the most common way to celebrate the day. Parties focused on games, foods of the season and festive costumes. Because of these efforts, Halloween lost most of its superstitious and religious overtones by the beginning of the twentieth century.